The Endocannabinoid System: How CBD Works?

Are you curious to know what the endocannabinoid system actually is and how it works? If yes, then – You are reading the right article.

President Ronald Reagan, in the 1980s, earmarked tens of millions of dollars into a specific study to prove the negative effects of marijuana in the brain. In dispelling the claim, the Reagan administration ended up discovering the endocannabinoid system.

When the ECS is in balance, you experience homeostasis. Endocannabinoids are the molecules that act as chemical messengers that bind to cannabinoid cell receptors and tell the body to do certain things. The human body naturally produces endocannabinoids with the help of consuming foods like fatty acids found in nuts and fish. The sixty cannabinoid molecules found in cannabis also can bind to cannabinoid receptors. Although different cannabinoids (like CBD and THC) cause different effects, it is all through the same system that similar molecular messages are sent throughout the body. Put more simply, the molecules found in cannabis plants aid in the human body’s endocannabinoid system, which is responsible for many vital functions.

There are currently many research papers that back up the possibility of CBD as a competent tool to combat addiction. It makes sense when you think about the interaction of CBD with the endocannabinoid system of the body.

How CBD Prevent Relapses For A Long Period Of Time

Recently, a few researchers used a sample of transdermal CBD to determine its anti-relapse potentials. The researchers pooled a few animal subjects with a history of self-administering alcohol or cocaine. When such test subjects began to exhibit relapse characteristics – impulsivity, anxiety, and dependency – they administered transdermal CBD to such subjects. Once every 24 hours, the researchers would administer the CBD to the test subjects. The consistency in administering the CBD for seven days unfolded a profound discovery.

From the test results, the 7-day period of CBD treatment led to:

These characteristics occurred even though the CBD was absent from the body and the brain after 3 days. Hence, CBD is an active substance in the prevention of relapses in substance addicts. Moreover, the benefits are longstanding – which is crucial in the fight against substance addiction. 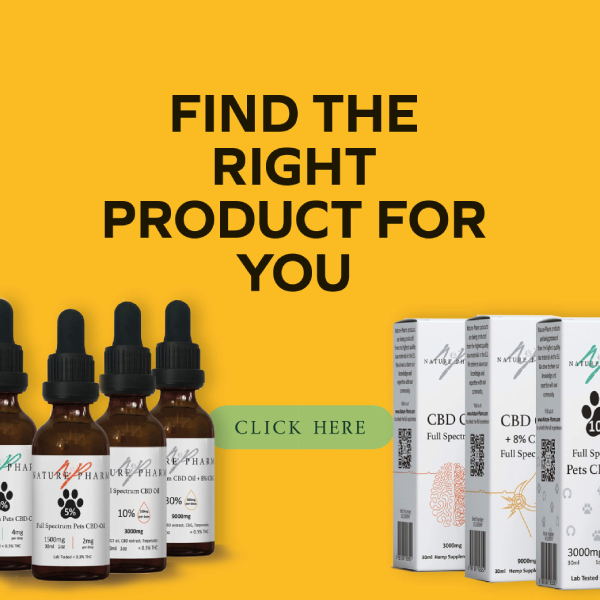 If you are one of the millions of people who are new to the world of CBD, you may have some questions before deciding whether CBD is right for you. In this ' Introduction to CBD', we'll provide you with in-depth answers to frequently asked questions like, what is CBD, where does CBD come from, what types of CBD are available for purchase and how to determine the best CBD product for your needs. Let's get started...
Learn More

Subscribe to our email newsletter to get 10% off your first order and our free CBD guide.

Be the first to hear about Nature-Pharm discounts, brand new products and receive CBD tips and tricks directly to your inbox!

Nature-Pharm CBD produces provides the highest quality, all natural remedies for the ailments of today. We source organic, plant-based ingredients and infuse them with sustainably produced cannabidiol from hemp.

DISCLOSURE: Nature-Pharm products are not for use by or sale to persons under the age of 18. Our products should be used only as directed on the label. It should not be used if you are pregnant or nursing. Consult with a physician before use if you have a serious medical condition or use prescription medications. A Doctor’s advice should be sought before using this and any supplemental dietary product. Nature-Pharm products are not intended to diagnose, treat, cure or prevent any disease. By using this site you agree to follow the Privacy Policy and all Terms & Conditions printed on this site. Void Where Prohibited By Law.